The winery of the town Bensheim 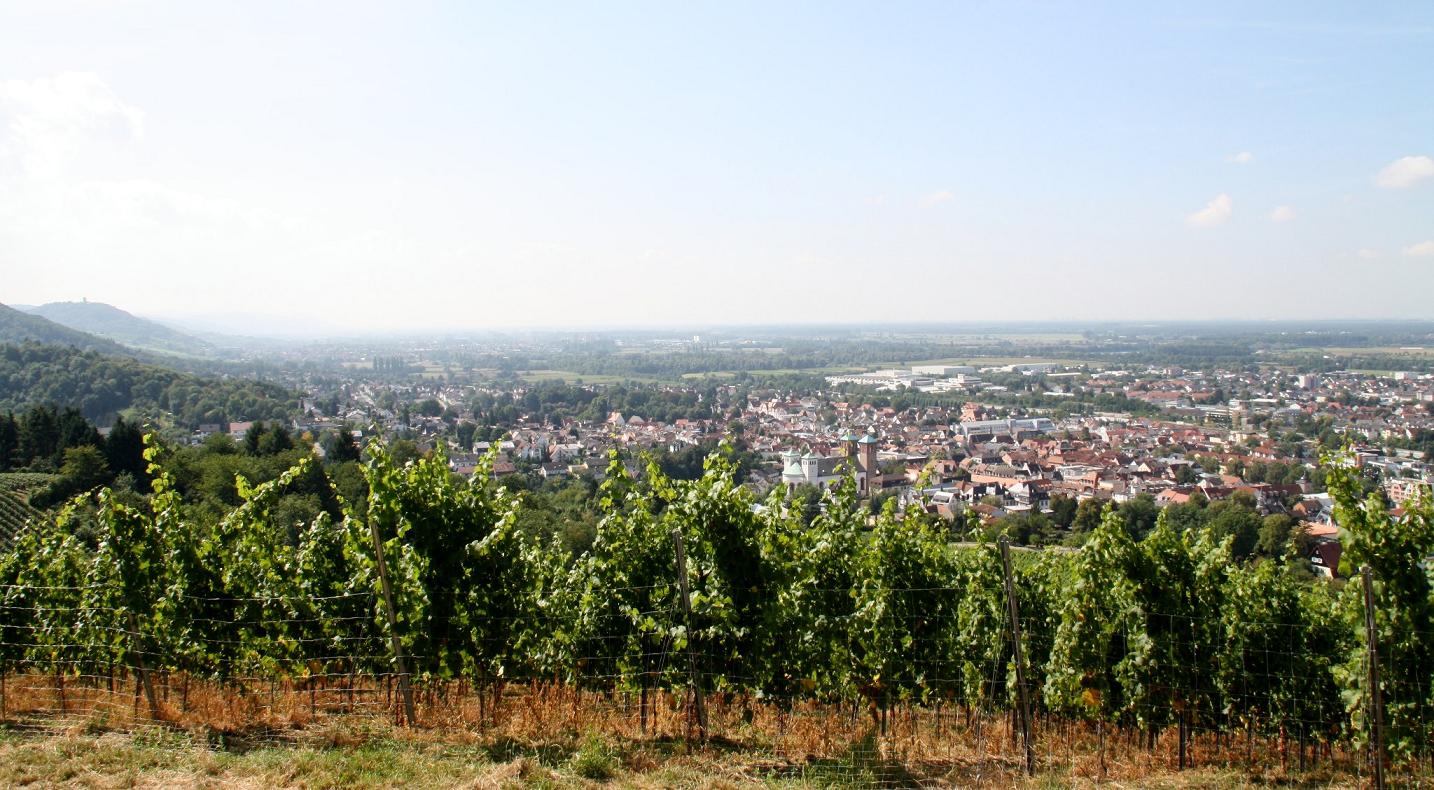 Bensheim, as the largest town in the district, doesn’t only have visual pleasures in abundance to offer its guests. There is also plenty on offer for the palate. A trip to Bensheim is well worth it, above all for wine lovers and connosieurs.

Today, mainly Riesling vines are cultivated on the 13 hectare area, which thrive especially well of the slopes of the Kalkgasse and Kirchberg. The show-piece of the local vineyard is the well known Kalkgasse, which is so called because of the limestone ground there.

On the wine list, you will find Riesling in all varieties from quality wine (Qualitätswein) for every day to the Trockenbeerenauslese (the grapes are harvested at the end of the season). Also Eiswein (ice wine) belongs to the assortment. Alongside the Riesling, Weiß- and Grauburgunder (pinot blanc and pinot gris) Chardonnay was also added to the assortment a few years ago. The current speciality of the vineyard is a rosé-wine from the rare Rotberger vine, which always proves popular, not only at the annual wine fest.

The increased demand for red wine is currently being satisfied with Dornfelder and Spätburgunder Barrique (pinot noir). For years now, a cellar for sparkling wine has been producing 3 cuvees which are fermented in the bottle and shaken by hand so that sparkling wine lovers have 3 different „sekts“ to taste including a rose sparkling wine obtained from the Rotberger vine which is counted as a highlight and experts have commented that it is the only of its kind in the world.

The vineyard has successfully competed in numerous competitions at state and national level. In 1996 the company received the state prize at the national wine awards and in 1998 they won the national prize of the DLG (German agricultural society). The winemakers are especially proud that the dry “simple” wines have been awarded with the most important prizes.

Currently, the vineyard successfully meets the challenge of the strict evaluation of Gault Millau, the definitive guide to German wine. Take a look yourself at the homepage. Or even better, come and try the wine personally! If we have aroused your curiosity, then why not pay us a visit. We will naturally help you with any queries you may have.

The Hessian Bergstraße is the smallest of the German wine areas. The 450 hectare area between Darmstadt and Heppenheim wasn’t cultivated until 1971 after the vintners of Baden insisted on the Bergstrasse vineyards being incorporated into the wine area Baden. The Rhinegau didn’t want to join the Hessian Bergstrasse seeing as the wines really are very different. The wine area was formed as an individual area and doesn’t have to operate under the name of “Rhinegau" or "Rhinehesse“; the Bergstrasse vintners have become independent.

Two seperate areas characterise this small German wine growing region: There are individual vineyards to the south of Darmstadt in Seeheim and Alsbach. Further south the vineyards become one. The vines around Zwingenberg have ideal climatic conditions due to the protection of the Melibokus, the highest elevation on the Bergstrasse. Further areas focusing on winegrowing are Auerbach-Bensheim and Heppenheim as well as the subsidiary valleys of the Odenwald. This area runs out to the south of Heppenheim in "Starkenburg", on the border of the Hessian and Baden regions, just before the wine town of Laudenbach.

The region which lies to the east of the Rhine between Heidelberg and Darmstadt has always been pampered by the sun. Protected from the cold easterly wind by the Odenwald, the spring awakes a little earlier on the Bergstrasse, while other areas of Germany are still hibernating. In Bensheim and surroundings, you can experience the spring blooms in March already (Almond, fig, apricot, peach, cherry). It is therefore not surprising that the most demanding of white vines, the slow ripening Riesling takes up more than half of the winegrowing area on the Bergstraße.

There are no sales problems for the vintners of the Hessian Bergstrasse. The prized achievements of the top firms, Weingut der Stadt Bensheim and the state owned winery, but also the Bergsträßer Winzer eG (committee of local vintners) contribute to the reputation of this winegrowing area.

Most of the vineyards on the Bergstrasse are worked on by “leisure time vintners“ and a large portion of the harvest remains in the region, that means it is consumed by the people who visit the area or those who are at home here. The Hessian Bergstraße is a very popular destination with guests from far and wide, especially the residents of the Rhine-Main area.

The 50 hectare area to the north-east, around Gross-Umstadt in the district of Darmstadt-Dieburg is less well known. The “Odenwald wine island” also belongs to the winegrowing area.